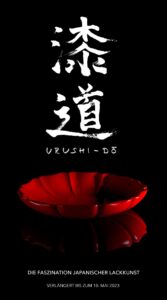 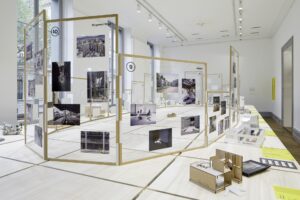 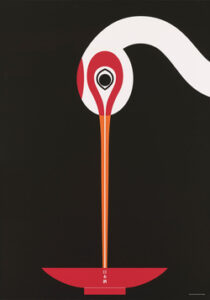 The aesthetic face of Japan is more exciting and diverse than almost any other aesthetic concept… at least in my eyes. Colors, materials, architecture, art or theater are unique – subtle yet complex, vague yet intense and sometimes just eye-catching. I would even assume that everyone could tell something about the aesthetics of Japan. Kimono, tea bowls, magnificent traditional wooden houses, bamboo-gardens – or whatever comes to one’s mind. Besides, the color combination blue and white might be such an eye-catcher that every Japan-traveler has seen. Blue and white belong to Japan. For me, these are good reasons to take a closer look at these wonderful colors.

Blue and white – a worldwide recipe for aesthetic success

The color meaning of blue in Japan

Blue and the history of Japan

Red (aka) and black (kuro), as well as white (shiro) and blue (ao), are some of the first documented perceptions found in Japan’s earliest national history. As described in the article The Colours of Japan, these terms were not yet actual color names. Rather, they were expressions for contrasting optical perceptions: light (aka) and dark (kuro), clear (shiro) and vague (ao). What is called blue today once stood for the impression of something dull or vague. In any case, blue (ao), is one of the “primal” colors of Japan, along with red, black and white.

Colors also come to play when talking about the twelve level cap and rank system (from the year 603), which described the rank of „state officials“. In this system, the color of their caps indicated the official’s ranks. This meant wearing a set of colors (purple, blue, red, white, black) was reserved exclusively for official persons. Blue was the second highest scored color right after purple and it symbolized the virtue of charity. Accordingly, blue was definitely a color of rank and noble. However, this changed over time and current sources often state that blue was the color of common people.

In any case, the presence of blue in society increased significantly. If this color was initially a color of aristocrats, blue undergone a transformation to become the color of ordinary people, at the latest since the Edo period. Surprisingly, even samurai (the highest rank in the society of that time) often wore a blue undergarment under their armor. Everyone wore blue, and this was quite remarkable in a society where people were not allowed to wear all colors due to differences in class. For further details on class distinctions and the respective colors, see the article The Colours of Japan. But now, let’s have a look where the boom of blue in Japan come from.

The presence of blue in Japan

When talking about blue and white in Japan, I would guess that many people have the combination of dark blue and white in mind, as the blue of Japan is simply indigo blue. Textiles dyed with indigo can take on a very dark hue, but of course, a wide variety of blues is possible.

The positive qualities of indigo

Indigo dye is produced in a fermentation process from the leaves of the indigo plant. In Japan, dyeing with indigo dates back to the 6th century. It was an efficient way to dye textiles reliably. Besides, indigo dyed textiles (aizome) have many positive properties. Indigo makes fibers more durable and is highly colorfast. It has an antiseptic effect and repels insects. In addition, indigo has an antiperspirant effect and is UV-absorbent. These were perfect qualities for both work wear and simple everyday cotton garments. Ergo, working people wore them every day, at least since the 17th century. However, these advantages of indigo may also explain why samurai wore indigo dyed textiles under their armor ever since. Therefore, I assume we are talking less about fashion but more about practical arguments for wearing blue.

If we stick to textiles, blue was simply ubiquitous. Amy Silvester Katoh, I would call her the specialist for everything blue in Japan, explains in her webinar Why I love Indigo that even 80% of the people would have worn blue (during Edo-time). That means, Japan was really quite blue: yukata (cotton kimono for every day), simple work clothes, but also textiles and cloths for every imaginable use, such as noren (sturdy curtains hanging outside the doors of stores and restaurants), pillows, tenugui (small thin cotton towels) or furoshiki (small practical cloths to pack and transport objects).

Blue – the color of modesty in Japan

In this context, there is another important aspect. Indigo textiles were assigned to rural life by law and definition of class. Ken’yakurei, the so-called sumptuary laws of the Edo period, described the appropriate way of life for each social class, such as which clothes and colors to wear, which dwelling was appropriate and even which entrance gate corresponded to the respective status. As for the peasants, they had to wear simple and modest clothes, explicitly described as indigo textiles. In many peasants’ or fishermen’s houses, therefore, they wove and even dyed with indigo themselves.

In my eyes, modesty in its purest are the so-called Boro textiles. Boro textiles are garments or blankets that have been patched, reinforced or cobbled back together over and over again. In most cases, these textiles were a giant indigo patchwork. I would even say Boro textiles are „the testimony“ to Japanese tradition, modesty and sustainability.

Not least because of these associations, until the middle of the 20th century many professions, from postal workers to railroad personnel, wore indigo clothing. Even today, schoolchildren wear blue uniforms and many salarymen wear blue to the office to demonstrate respectability, diligence and good intentions. However, the change in color attribution, from an aristocratic color to the color of the common man, thus could not be more drastic.

In addition to blue textiles, there were a variety of everyday objects in blue and white in Japan, such as porcelain (e.g. Imari), toys, household items or folding screens. Blue, especially blue and white, had simply caught on.

The woodblock prints of the Edo period also convey this impression. Finally, when more and more foreigners came to Japan in the Meiji period (1868 – 1912) they were surprised to find so much blue. They subsequently called indigo „Japan blue”.

In this woodblock print by Hiroshige, we see a scene from the cotton district where two geishas are looking around. Cotton fabrics were preferably dyed blue with indigo. Accordingly, we see a lot of blue on this print. The textiles in the stores we catch a glimpse of here are blue. And also the cotton curtains in front of the entrances of the stores (noren) are blue and white. That’s exactly how it has to be.

Even today, blue is associated with the sky and the sea in Japan. Japanese also associate blue with purity, serenity, stability, dignity, loyalty as well as coolness and passivity. In addition, blue is one of the lucky colors in Japan. Finally – current surveys indicate that blue is the most popular color of todays’ Japan.

The color meaning of white in Japan

The sense impression (shiro), meaning the clear, which today is called white, is, like blue, one of the primal colors of Japan. White is a sacred color – the color of the gods. It stands for spirituality and purity even in a physical sense. In addition, white symbolizes humanity, simplicity and truth.

So what’s the deal with blue and white in Japan?

Blue and white – the vague and the clear. So many things in Japan come in blue and white. As I said: textiles, porcelain, everyday objects, toys, screens and much more. Next to red and black, blue and white is the most common color combination in Japan.

The universal and natural colors blue and white run like a robust thread through the Japanese mythology, history, literature, crafts and art. The reason why these colors have struck such deep roots in Japan might be seen in the artists and artisans itself, which were always primarily oriented to the motifs of nature. For a long time, only the natural was considered aesthetically beautiful in Japan.

Now, what makes me curious is the question whether the spread of blue and white was really a matter of preference at that time, or simply a question of supply and pragmatism. Wearing indigo blue among the peasant class was even a question of order thus possibly not freely chosen. So what was the state of popularity of blue in Japan? Did people like all that blue? I guess Amy Sylvester Katoh can certainly tell me something about it. In any case, I will try to ask her.

What can`t be denied is the fact that dyeing with indigo turned into a craft of greatest perfection and refinement. Blue and the absence of blue, which is white, opened up endless possibilities in this very contrast, especially when it came to patterns, fabrics, figurative representations or decorations. Indigo dyers and artisans produced objects of real beauty which are now part of Japan’s cultural heritage. To this day, blue and white run through art, craft and daily life.

A Japanese acquaintance once told me that the combination of blue and white is so popular in Japan because it „makes you feel good“. People say blue and white are good for the body… karada de ii. In my eyes, this was a remarkable statement. Unfortunately, I did not have the opportunity to dig deeper on that topic with her. Therefore, I can only speculate that the expression „karada de ii“, includes not only the meaning of „good for the body“, but also the meaning of „good for the mind“, at least in this context she used it here.

But wait, good for the mind? Well yes – even todays associations with blue and white refer to the simple life and rather unpretentious life situations. Yukata, those simple cotton kimonos in which people hurried to the public hot bath and even those yukata in which one slept were predominantly colored in blue and white. Even today, something homely and cozy resonates with blue and white. The colors are simply liberating and relaxing, because they are the antithesis of the complicated establishment. We are just human in blue and white.

The emotional aspect of blue and white, especially when it comes to the yukata, is also referred to by Amy Sylvester Katoh. The yukata is always made of a light breathable cotton fabric, which feels good anyway. However, especially in summer, the wearer may feel even cooler and more refreshed when a beautiful blue and white pattern adorns the yukata. So it doesn’t matter whether these clothes are worn at a summer festival, on the way to the hot bath or in bed, they represent rest, relaxation, joy and even fun.

Therefore, I assume it is fair to say that the combination of the honest blue and the spiritual white has always been an attractive and life-affirming combination. If we compare blue and white with the strict and formalistic black and white, it quickly becomes clear that the former is the much livelier and the more fresh color combination. Who could be surprised that blue and white also evoke quite different emotional associations than the pure indigo blue, namely the blue of work and modesty?

A beautiful book on the subject of blue and white in Japan is that by Amy Sylvester Katho, who has been studying the subject for over 50 years: Blue and White Japan. In the sequel on this topic, I hope I can share some personal feedback from Amy with you. To be continued in my next blogpost…

By the way, the fact that I am writing an article about blue and white right now is no coincidence. I have been living on a sailing catamaran with my husband for a good five months now. We literary live “on” the sea. At the moment our life is a life in blue and white… or better in „white and blue“, as we Bavarians tend to say.